About the Next-Generation Very Large Array

Inspired by dramatic discoveries from the Jansky VLA and ALMA, the astronomy community has initiated discussion of a future large area radio array optimized for imaging of thermal emission to milli-arcsecond (mas) scales that will open new discovery space from proto-planetary disks to distant galaxies.

A summary of the ngVLA Key Science Goals and Technical capabilities can be found in our December 17, 2018 Science Brochure.

A more detailed summary of the overall project based on the ngVLA Science Book can be found in our January 2019 Project Summary.

There has been rapid progress in the ngVLA science case and technical requirements over the past two years through a number of NRAO-sponsored community workshops.

As we continue to work towards a final vision for the ngVLA, we invite the entire astronomical community to become involved by signing up for the ngVLA mailing list and participate in upcoming conferences and workshops as a member of the Science and/or Technical Advisory Council, as well as through our community-driven design studies program. 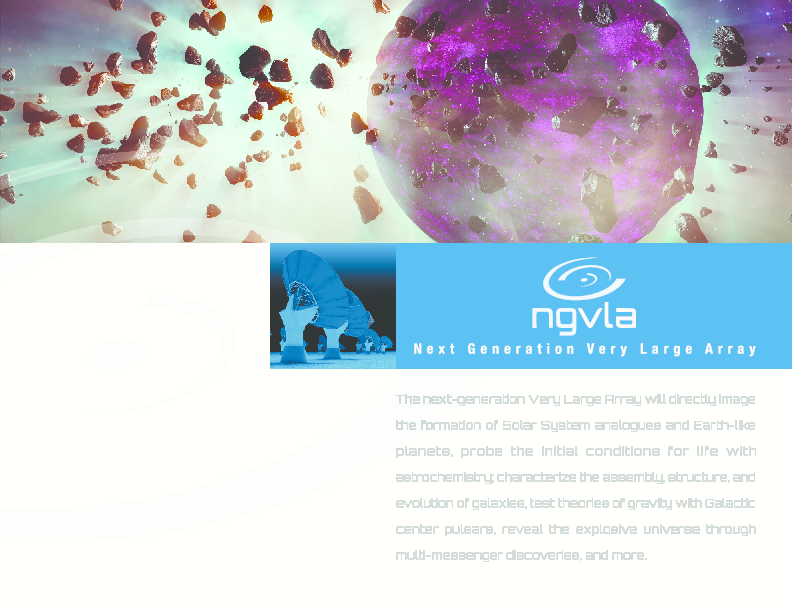 A summary of the ngVLA Key Science Goals and Technical capabilities (November 14, 2019). 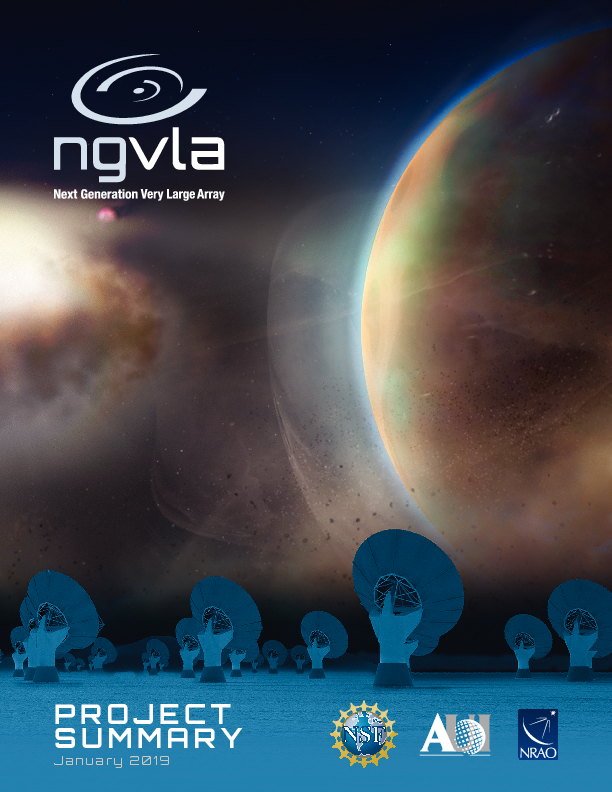 A complete summary of the ngVLA project as of January 1, 2019.
This project summary is comprised of the first three chapters of the ngVLA Science Book.

Radio Facilities in the 2030s 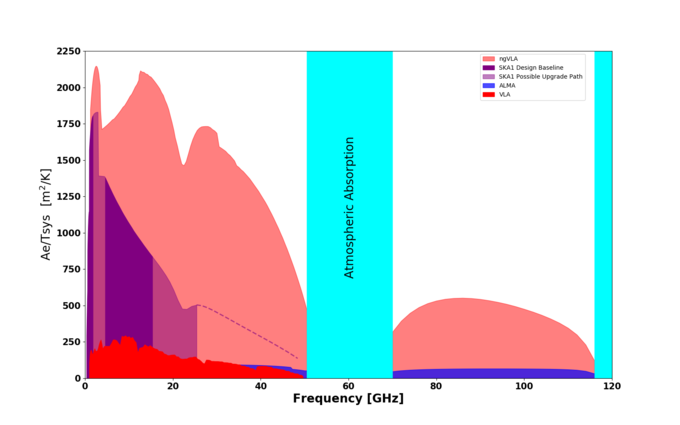 A comparison of sensitivity for a number of radio, mm, and sub-mm dish arrays expected to be operational in the 2030s. 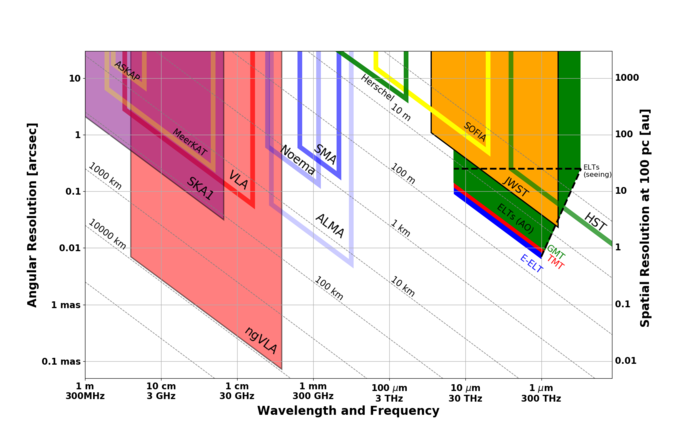 A comparison of achievable angular resolutions for a number of existing and expected facilities spanning the electromagnetic spectrum.

Three compelling science goals that require an ngVLA are briefly described below, as examples. The ngVLA Science Working Groups are continuing to expand their science programs through realistic simulations and have established an initial set of Key Science Goals that can be found here.

The inner regions of protoplanetary disks are optically thick at shorter wavelengths. The ngVLA will image gap-structures indicating planet formation on solar system scales, determine the growth of grains, and image accretion onto proto-planets themselves. Probing dust gaps on 1 AU scales in the nearest major star-forming regions requires baselines 10x the Jansky VLA baselines, with a sensitivity adequate to achieve a few K brightness at 1 cm wavelength and 9 mas resolution.

The ngVLA covers the spectral range richest in the ground state transitions of the most important molecules in astrochemistry and astrobiology, as well as key thermal and non-thermal continuum emission processes related to star formation. The ngVLA will perform wide field imaging of line and continuum emission on scales from GMCs (100 pc) down to cores (few pc) in galaxies out to the Virgo Cluster, with an order of magnitude faster mapping speed than ALMA. A centrally condensed antenna distribution on scales of a few to 10 km is required for wide-field, high surface brightness sensitivity.

Octave bandwidth is required for large cosmic volume surveys of low order CO emission (the fundamental tracer of total gas mass) from distant galaxies, as well as for dense gas tracers such as HCN and HCO+. The spatial resolution and sensitivity will also be adequate to image the gas on sub-kph scales and detect molecular gas masses down to dwarf galaxies.